Check the true quality of your MP3 files 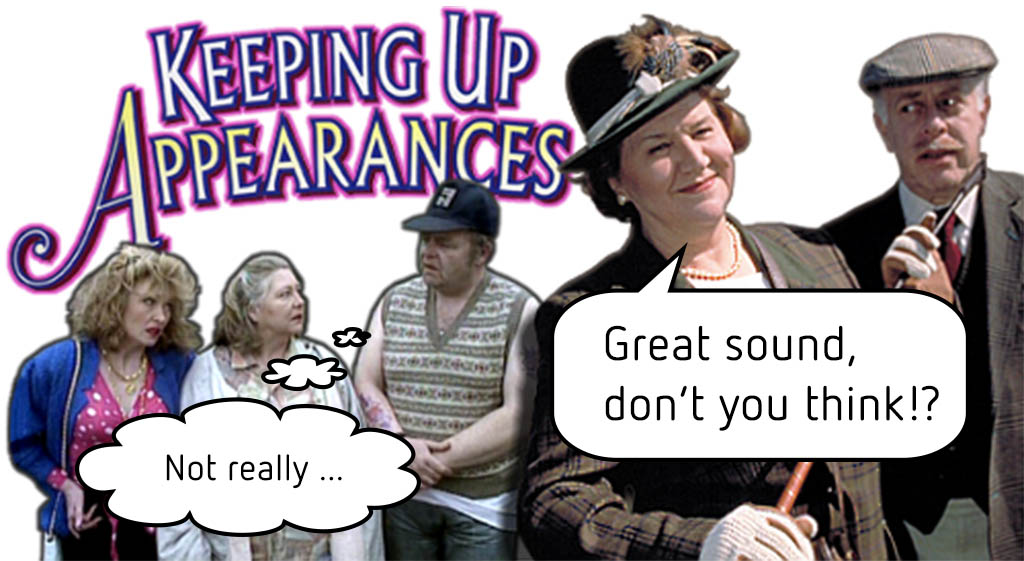 There is a way to check if your audio files really are the quality they say they are.
A low quality MP3 file – for instance, with a 128 kbps bitrate – can be converted to a higher quality file with a 320 kbps bitrate. This upscaled version tricks you into thinking you have some top notch audio but it only takes up more space, there is no quality increase. It’s just a low quality version packaged as something better.

There are several programs that can help you detect this fraud. You can use a free program called Spek, an acoustic spectrum analyzer. A more professional piece of gear is iZotope RX.

As an example I’ve taken the last 2 minutes of my track Starseeds. I’ve used the LAME MP3 encoder with the 320 kbps bitrate setting to encode the original WAV file, this is the result of the spectogram in Spek: 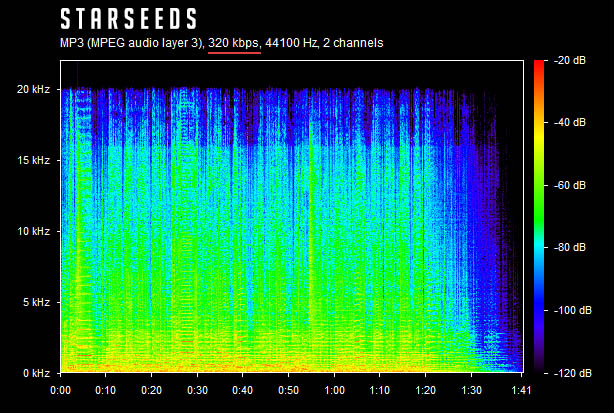 The Y-axis shows the frequency range, meaning the range of audio signals from low to high. The maximum frequency of the audio stays around 20 kHz. Humans can perceive a frequency range between 20 Hz and 20 kHz. By the way, almost no one can tell the difference between a WAV file and it’s 320 kbps MP3 compressed version, as several tests have shown.

Lowering the MP3 bitrate to 192 kpbs not only reduces the file size and quality, but also removes more of the higher frequencies:

If we lower the MP3 bitrate further to 128 kbps, you can see that almost no frequencies above 15 kHz exist anymore: 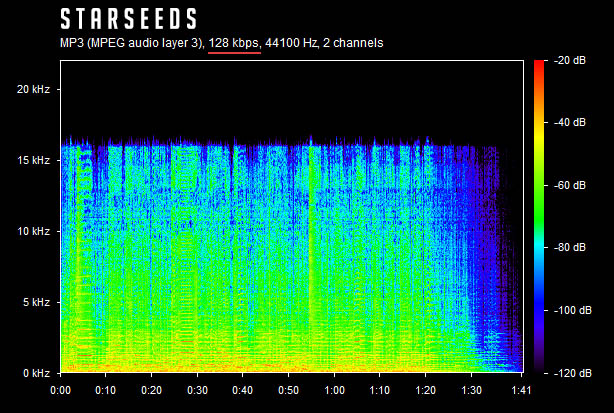 If you listen to this version, you can hear that there are less higher frequencies. You can especially notice this by the cymbal around 00:03, which lacks high end frequencies compared to the 320 kbps version. The ‘whoosh’ of the cymbal sounds more dull and muddy.
The overall music sounds less transparent as well, introducing some noise, a slight distorted stereo image and less details. The metallic garble is also very noticable, usually the first MP3 artifact that is clearly present when lowering the bitrate.

If we would upscale the MP3 file from 128 kbps to 320 kbps, the frequencies above 15 kHz would remain absent. The re-encoded file would take up more space but there’d no gain in quality. When in doubt about your (downloaded) MP3 file, just load it into Spek and check the high frequencies. If the bitrate of the MP3 file is higher than 128 kbps but almost everything above 15 kHz is cut off, you can be pretty sure it was upscaled.