In Cubase 7, I was able to route all my virtual instruments and audio tracks to Group tracks – or the so called ‘buses’. But it seemed impossible to route a Send Effect track (or: FX channel) to a Group track, where I’d like to process all Send Effects together, before it would hit the main output bus.

You can only route Send Effects to a group, “provided that these will not lead to feedback” as stated in the manual. So make sure you remove the sends on the group track you want to direct it to.

Yep, you could use Group tracks as FX tracks – instead of ‘real’ Send Effect tracks – but then you lose the functionality “Connect Sends automatically for each newly created Channel”, as stated in the preferences (VST section). This feature makes sure that when you add a new track, every Send Effect track is assigend to this track. A valuable setting to me, since I don’t want to assign Send Effect channels over and over. 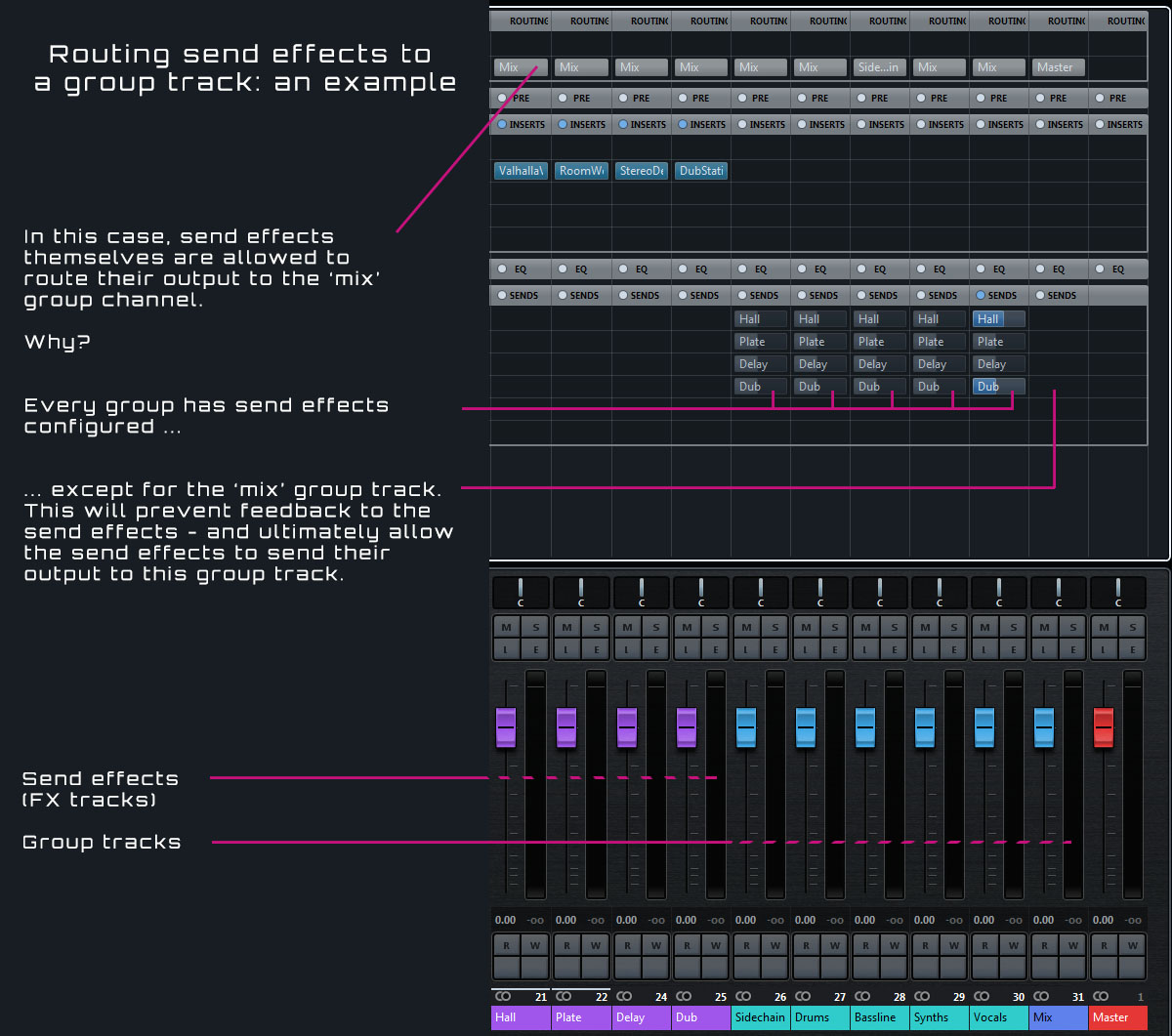