Remixes have been around for a while now and seem to have an increasing impact on the success of a single. With several interpretations and variations of a song being published, the audience can enjoy the version they like most. I’ll explain how I come to my remixes in this article.

Song picking
I usually look for interesting remix contests at IndabaMusic. I’ve got a paid membership so I’m allowed to join more than 3 contests per year. The a capella (vocal part) they offer is usually pretty good. Recently, they started providing other stems as well, such as guitar, drums, background vocals and bassline.
If not interested in joining a contest or if you want to remix a different song, keep your fingers crossed and head over to acapellas4u.co.uk. They have a big collection of a capellas for you to remix, of many older songs as well.

Composition
Once I downloaded the vocal part, I play it several times and try to come up with new accompanying chords and a new chord progression by playing piano. I don’t know if this is highly recommended when joining a contest since it might create an unbridgeable gap between remix and original. In my case however, I find it brings a certain freshness which can bring the original song in another state. Sometimes the new chord progression doesn’t match the a capella 100%, in that case I transpose one or two notes in the a capella. A perfect tool for this is Melodyne or the built-in pitch tools every DAW has nowadays, such as Cubase’s VariAudio.

Arrangement
I usually build the arrangement around the original a capella. This means I’m not cutting and pasting or chopping the vocals a lot, but find it more challenging to make a fitting arrangement around the existing lyrics and leave these alone. Despite this challenge, I wouldn’t say chopping / cutting vocals is bad, it can give a really nice twist. Sometimes I use chopped vocals in the intro, break or ending for some variation. For example, in my Paloma Faith remix around 02:37. 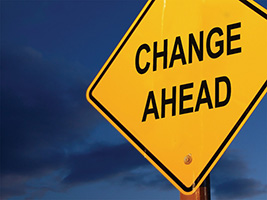 One thing you should consider is to stay away from the original production in terms of style. I noticed that if you stay too close to the original style, your remix will go unnoticed. An example of this is my remix of Nesta Rae. I had put a lot of effort in the arrangement only to find out that – although I used other chords – the musical style resembled the original too much, which made it less interesting. With style I mean the tempo, musical accents and the overall feel.
More interesting was my attempt when remixing Lights. The original song sounds distorted, rushed and heavy. I thought it’d be cool to use the same vocals and create a more tranquil piece, which would match the lyrics a bit better, IMHO.

The same counts for my remix of Nick Carter. The original was a dance track, I transformed it into a piano ballad which ended 2nd in the remix contest and was released on Nick’s remix album.

Conclusion
When creating a remix, I tend to play the a capella a lot and try various combinations of chord progressions. After this, I create the arrangement and record all the instruments.